In the beautiful Scottish South-East in Lothian region, on the southern shores of Firth of Forth stands Edinburgh, the capital of Scotland and the second largest city of the country. It has long and venerable history, reaching as far back as Mesolithic Era, some 8,500 years BC; later developed throughout Bronze and Iron Ages, it was already a sizeable settlement of the Votadini tribe by the time the Romans reached the area. Edinburgh was granted Royal Charter and became a burgh at some point in the early 12th century. In the 18th century the city became a centre of learning and study with the emergence of the distinct strand of enlightenment thought—the Scottish enlightenment. The Victorian period saw major improvement works across the city, as the Old Town became increasingly dilapidated. Thanks to that and the influence of industrial revolution, Edinburgh now boasts imposing Victorian architecture in distinct, yellow-beige stone. Edi’s three universities, University of Edinburgh, Heriot-Watt University, and Edinburgh Napier University have a combined population of some 100,000 students, making the city a particularly appealing destinations those hoping for a distinct and strong sense of student community.

This large student population warrants a generous accommodation provision: there are over 60 halls of residence in Edinburgh, many of which are private halls, run by UK’s top providers. They offer a variety of rooms to suit all needs and wants of their residents. Students report that the rooms are typically rather generous in size, as they are mostly situated in new, modern, purpose-built blocks. This means that the private halls are not only functional, but also architecturally distinct and pleasant to the eye, and often have modern features such as games’ and cinema rooms, or even on-site gyms. For student satisfaction, private halls occupy all top 5 spots and 9/10 top 1o spots; residents typically report good value for money, high quality of both rooms and service, and fantastic location within the city.
Dissimilarly to other cities’ private halls, the ones in Edinburgh are neither limited to the historic city centre, nor spread in clusters. Students in Scotland’s capital benefit from great choice location-wise. Some halls are spread throughout a portion of the length and surroundings of the A7/A701 road which runs from Edinburgh train station all the way down to The City of Edinburgh Bypass, though halls are only found between Old Town and Mayfield. Students in this area will appreciate the close proximity of UoE campus, Holyrood Park, perfect for recreation and leisure, as well as safety granted by the local police station. A bit further to the west of the main campus you will find the lovely Lochrin area which sees a moderate concentration of private halls. Students who live there generally say that the area is very pleasant, and that the canal to its south is a fantastic sight on their morning walks to the campus or afternoon pints with friends. Private halls on and around Elm Row, while furthest from UoE campus, offer a bit more quiet and suburban feel, being located further away from the city centre. In general, wherever you settle, you will have good access to Edinburgh’s vibrant pub and restaurant scene, so do not worry about this aspect too much!
Edinburgh has a great amount of green spaces for anyone who is tired of completely urban life and hopes to have some fresh-air recreation or leisure. Whichever hall you will choose you will likely be very close to a park or a square. If you crave some more open space you can always hop on a bus or a train and visit the surrounding countryside. Green belt laid out in the 1950s curbed the city’s outward expansion and ensured the residents always have somewhere natural to spend their weekends at.

Edinburgh is a large, spacious city with options so numerous it’s difficult to wrap your head around. You may be concerned with different prices, commutes, safety, and aesthetic values of the different areas. Checking up on a number of sites, comparing prices and pictures can be a nightmare. That’s why looking for your new flat with us is SO much easier—at studenthalls.co.uk we collect all the best private halls and rentals in one place, allowing you to compare prices, see high-quality pictures of the properties and apply any filters you may need. Choose easy renting, choose studenthalls.co.uk. 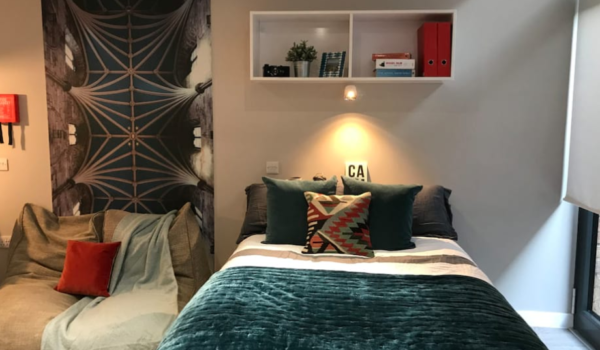 Perfect for students studying at the University of Edinburgh and within walking distance of the popular Grassmarket area of the city. Kings Stables is ideally located opposite the iconic Edinburgh Castle, more than half the rooms will benefit from views of this world heritage site.

This brand-new Edinburgh student accommodation, made up of sophisticated studios and contemporary spaces in which to study and relax, is a short stroll away from the University of Edinburgh’s King’s Buildings campus.

200 Cowgate, is a contemporary student accommodation in Edinburgh providing a range of high-quality modern rooms situated in the heart of this vibrant, student-centric city.

McDonald Road has been created for a 21st century student lifestyle. Our en-suite bedrooms are set within three, four or five bedroomed cluster apartments with shared kitchen facilities.

Within walking distance of all the main colleges and university campuses and only 5 minutes from Edinburgh city centre, McDonald Road is perfectly situated for you to indulge in this creative and historic city.

Elliott House is located to the north of Edinburgh city centre, looking out on the Royal Terrace Gardens with Calton Hill beyond. We are around 30 minutes’ walk from the University of Edinburgh, with nearby bus routes serving here, Napier University and Heriot-Watt University. There are many city centre attractions within a short walk too, including the Omni Centre, Vue multiscreen cinema, and the Edinburgh Playhouse.

Gateway Apartments is Edinburgh’s finest student accommodation, located in the heart of Edinburgh and a short walk from Edinburgh University.

At Portsburgh Court you will find a variety of room choices in a great city centre location. This property is located directly opposite the Edinburgh College of Art; the University of Edinburgh is only a 15 minute walk away.

Portsburgh Court is also a great base for exploring some of Edinburgh’s popular areas such as the Royal Mile. You’re not short of choice for restaurants and bars and you’ll find plenty of shops and banks within walking distance.

Lady Nicolson Court offers student accommodation across the road to the University of Edinburgh. As well as being close to the university campus, there is also a great range of bars, cafes and restaurants to suit all tastes.

Situated right in the heart of this historic city; famous for its 12th Century castle and beautiful cathedrals. We’re moments away from the Universities and the city’s best bars, cafes and restaurants. Our rooms have been lovingly designed to help you make the most of your time at university. We offer a variety of en-suite studio rooms with plenty of storage and space for you to relax or study.

New Park welcomed its first residents in September 2017. The building is one of the newest student accommodation communities in Edinburgh and offers 238 rooms with a combination of shared flats and studio apartments.

The Mill House, new to Edinburgh in September 2017! Offering a variety of en suite rooms and studios, with great transport links to Uni and the City Centre. There are amazing social spaces to enjoy too, including an outdoor courtyard with a games area. We will also provide regular social events throughout the year, so lots of fun to have all under one roof! There is also a quiet study space and a gym exclusively for residents!

You couldn’t ask for a more a convenient location for University life and socialising.

Nido Student – Haymarket is home to 168 students every year. Our modern student accommodation is just 10-minutes’ walk from Edinburgh’s city centre and around the corner from student bars, shops and cafés, for the occasional cappuccino. Needless to say, we’re just next to Haymarket’s Train Station and close to the University of Edinburgh and Napier University. 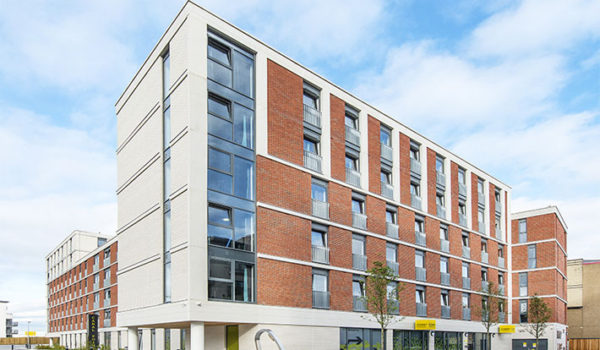 Canal Point is one of our three locations in Edinburgh. It’s our flagship residence and it’s in a really convenient location, about a mile southwest of the city centre, so it puts you within easy reach of everything. 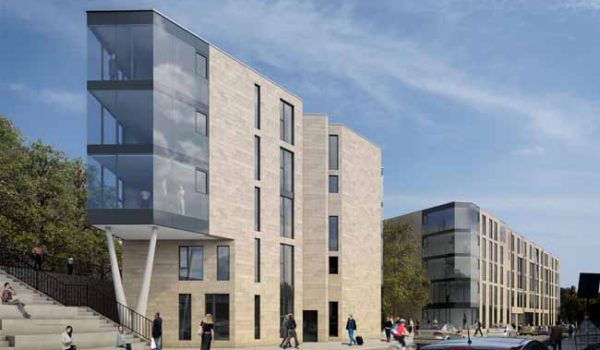 Brae House, our new student accommodation in Edinburgh, will be home to 422 students from September 2015. Situated in the heart of Edinburgh’s vibrant cultural district, just a few minutes walk away from The Royal Mile, Holyrood Palace and Arthur’s Seat as well as Edinburgh University. 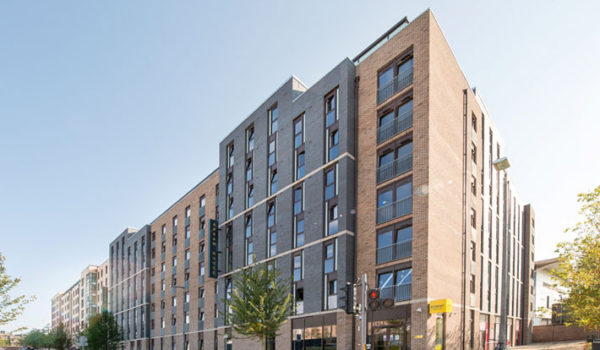 Arran House – Edinburgh Student Accommodation
Studying in the stunning city of Edinburgh? Lucky you!
We’ve got safe and comfy accommodation in the middle of the city, putting you within easy reach of everything. Come live with us, you’ll have a blast.

Positioned in the heart of historic Edinburgh, Beaverbank Place student accommodation is located just north of the city centre. Situated in the popular Canonmills area, these stunning student flats are surrounded by a wide range of local amenities including bars, top restaurants and an excellent range of shops.

This sought after student accommodation is set in the heart of Edinburgh and comprises a variety of modern room types in a range of sizes, you’ll find there is something to suit all needs and budgets. 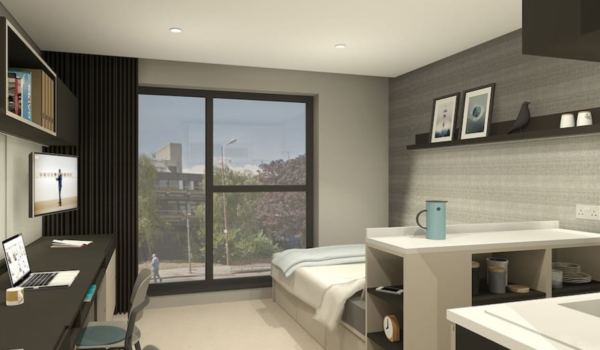 Be in the heart of it – Potterrow is perfectly located for every aspect of student life; just a short walk from campus, Edinburgh train station and the famous Royal Mile, Princes Street and the old town, plus, we’re in the heart of the action for the annual Edinburgh Fringe Festival. 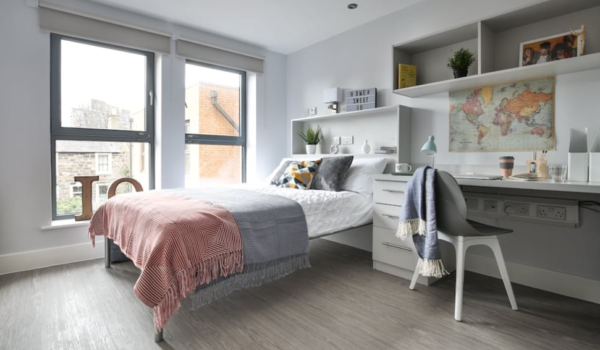 Grove is located to the south west of Edinburgh city centre, around 8 minutes from Haymarket Train Station. You can walk to the University of Edinburgh in 25 minutes, Napier University Merchiston Campus in 20 minutes, or get a bus to Heriot-Watt University nearby. 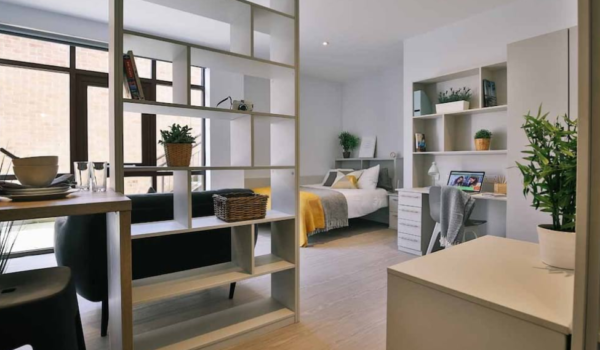 Fountainbridge is located to the south west of Edinburgh city centre, around 12 minutes from Haymarket Train Station. You can walk to the University of Edinburgh in 25 minutes, Napier University Merchiston Campus in 15 minutes, or get a bus to Heriot-Watt University nearby. 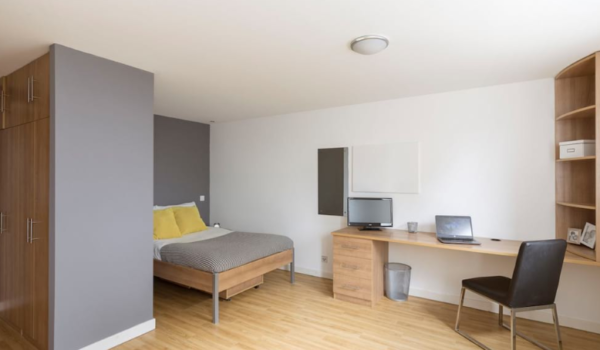 Panmure Court is within easy access to the University of Edinburgh and you can get there in 20 minutes by walking, or just 10 minutes on bike. There are also plenty of transport links to the other Universities.