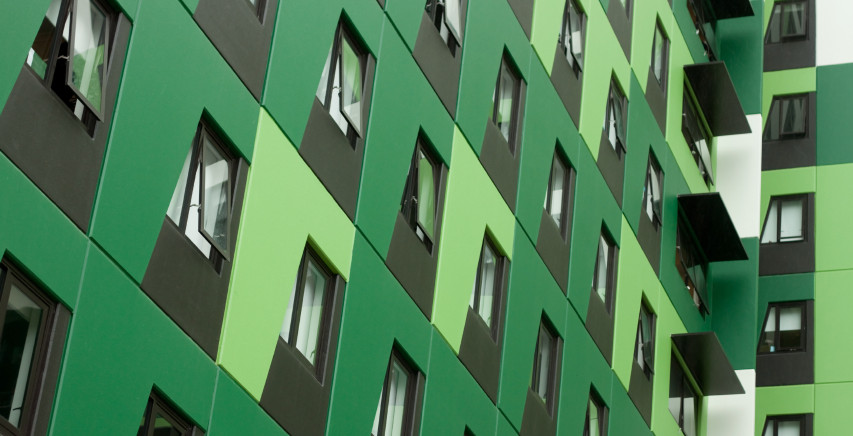 One of the most common myths that we have tackled here at Private Halls is that the popular perception of grotty student property is no longer true for many students and they are enjoying quality student accommodation instead.

Indeed, an article in the Independent newspaper underlines this and points out that there has been a revolution in the provision private student accommodation.

This has been led with the impressive offerings from developers for private student halls of residence around the UK.

The writer highlights that cool student blocks are springing up close to universities and provide excellent opportunities for student property investors as well as students themselves.

For instance, one of the private halls visited has a karaoke room, a theatre and a private cinema.

The building in Spitalfields, London, has 33 floors of quality student accommodation and is more akin to a boutique hotel.

Indeed, the firm of architects behind the design had a private members club in mind rather than ordinary student accommodation.

The article goes on to quote the director of Accommodation for Students, Simon Thompson, who says that the world of student accommodation has moved on from TV’s famous comedy ‘The Young Ones’.

It’s also true that the growing popularity of purpose-built student accommodation has seen the number of tenants rocketing from 46,000 in 2007 to more than 102,000 today.

Another student accommodation manager is quoted as saying that these new blocks are ‘hospitality-led’ and they have been branded ‘along the lines of a plush hotel’.

Indeed, British property developers are leading the way in what is now becoming an international phenomenon as other countries recognise that student demand and tastes have changed.

To help underpin this rapid growth in purpose-built student accommodation, the numbers of students have doubled since the 1990s and there’s also a rocketing number of foreign students coming to the UK too.

In addition, the numbers of older postgraduates is also increasing and they are unlikely to want traditional student digs.

Instead, along with a growing number of their younger colleagues, older postgrads are looking for quality and comfort as well as peace and quiet.

Another major attraction for moving in to quality private halls of residence is that the rent generally includes all of the bills.

This means that tenants do not have to worry about sorting their utility bills or their own council tax.

And neither, and this could be important, do their parents.

Another trend that is becoming apparent for private halls, is that first year students tend to stay for their duration of their studies, along with overseas students.

Second and third year students still, apparently, prefer to share student houses but with changing tastes and needs this could be changing very soon.